January's flooding has caused significant damage to the Carson and Truckee Rivers, but the Nevada State Museum took the biggest hit as a flood of water sweeped in.

Peter Barton, the State museums division administrator and Dan Thielen, the Museum director, believe that the problem resides in more than just the amount of water. Both claim that in 2005, the museum's water control system sustained more rainfall than the water from the flood.

City officials and crews prevented the flooding of Carson street by diverting it down Rhodes Drive. By sandbagging the intersection of Rhodes and Curry, they were able to divert the water.

Nick Marano is the Cason City Manager and he states that more than one thousand sandbangs were placed.

"We put every sandbag we had available down [...] we ran out." Carson said.

Thielen also commented on the issue, "Unfortunately, their division stopped right at our property line."

A channel that measures more than two feet deep was caused by the diverted water. This stretched across the entrance and reaches four feet deep where it meets the railroad tracks.

The annex buildings are filled with water and damaged by large rocks that came loose during the flooding.

It's been three weeks since the incident, and the museum is still recovering from the damage.

Thielen says, "There was nothing on our property that could hold this back." when asked to comment on the issue. "The problem we're having is slit." Thielen also commented.

Thielen says that the good news resides in the fact that the collections are not damaged and the staff is not injured.

According to Barton, the governor is aware that the money is not currently available to repair the property. City crews are now preparing for future flooding.

At MRI, we have cleaning, mitigation and remediation personnel ready to respond at a moment's notice. We guarantee proper assignments using the most up-to-date equipment to dry out your home or business including infrared imaging. 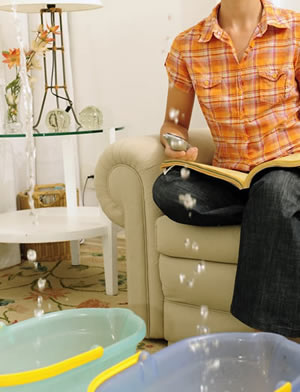 We are committed to providing qualified and immediate service.